After having focused so much of this year on finishing my first marathon, I wasn’t sure what I wanted to do next. I started thinking I should run more types of races. I have run a few 5Ks before, but they were back when running and I were still only dating on and off, so I don’t remember the races nor my times. (In my defense, they were over a decade ago…) So when my wife brought up the Inman Frosty 5K, which benefits my neighborhood’s middle school where my son will likely attend next year, it seemed like a great idea.

Nearly my whole family signed up, so it was extra fun being a family affair. My wife, daughter, son, and I, as well as my brother-in-law and niece all registered. And the six of us dragged ourselves out on the unfortunately cold and rainy Saturday morning. 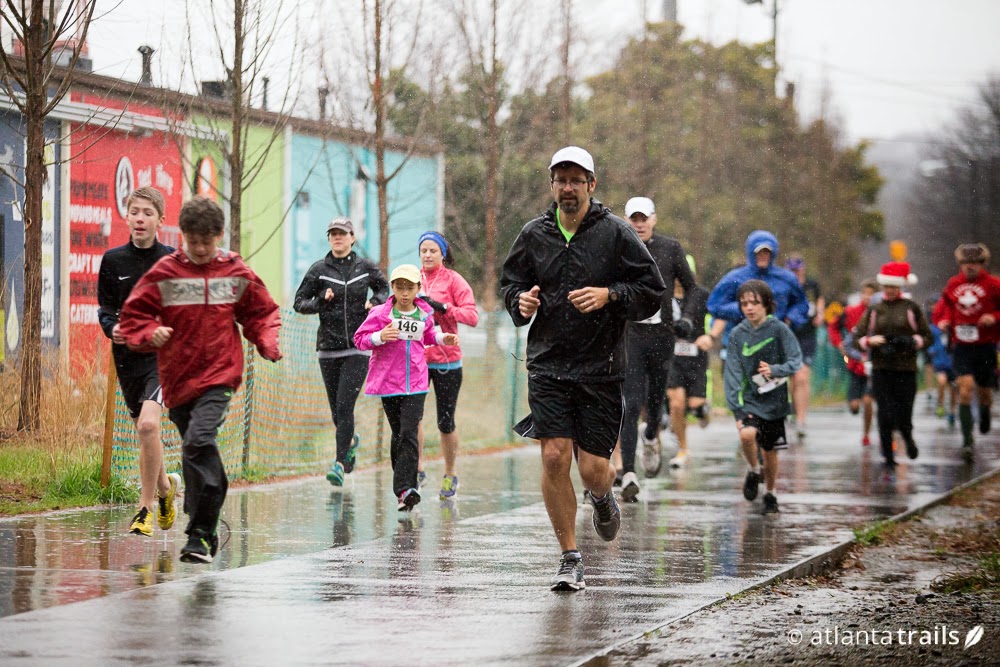 I originally planned on running with one or more of my kids, and not worrying about my time, but my wife gave me the go ahead to run on my own, as she and her brother would be fine running with the kids.

The race is a small one, roughly about 300 participants. In addition to being able to pick up bibs at Phidippides and Highland Runners (two of my favorite stores!) earlier in the week, you can also get your packet starting at 9 AM in the gym at Inman Middle School. We chose the latter, and it was nicely organized with friendly volunteers, not to mention being warm and dry inside. There was a handy “instructor-led” warm up exercise, then we all went outside to the starting line.

The route was mostly on the Eastside Trail of the Atlanta Beltline, which happens to be one of my favorite and most frequent places to run. So this was definitely my home turf!

As always, I like to have two goals for every race, one high end and one low end. For example, for my second half marathon, I hoped to beat 2 hours, but I’d have been happy to just finish the damn thing. While I realized that no matter how fast I ran that day it was going to become my new 5K PR, I hoped I could beat 25 minutes. My alternate goal was to enjoy a 5K with my family.

So I pushed myself. I tried hard to find my limit without going over it – I wanted to run as fast as I comfortably could for the distance. I’ve gone as fast as 6:35 for a single mile, but in the weeks leading up to the race, I could barely beat 26 minutes for 3.1 miles. Well, I was quite excited to see that clock at the finish line as I approached was still well under 25 minutes! I pushed it at the end and finished with a 24:32. 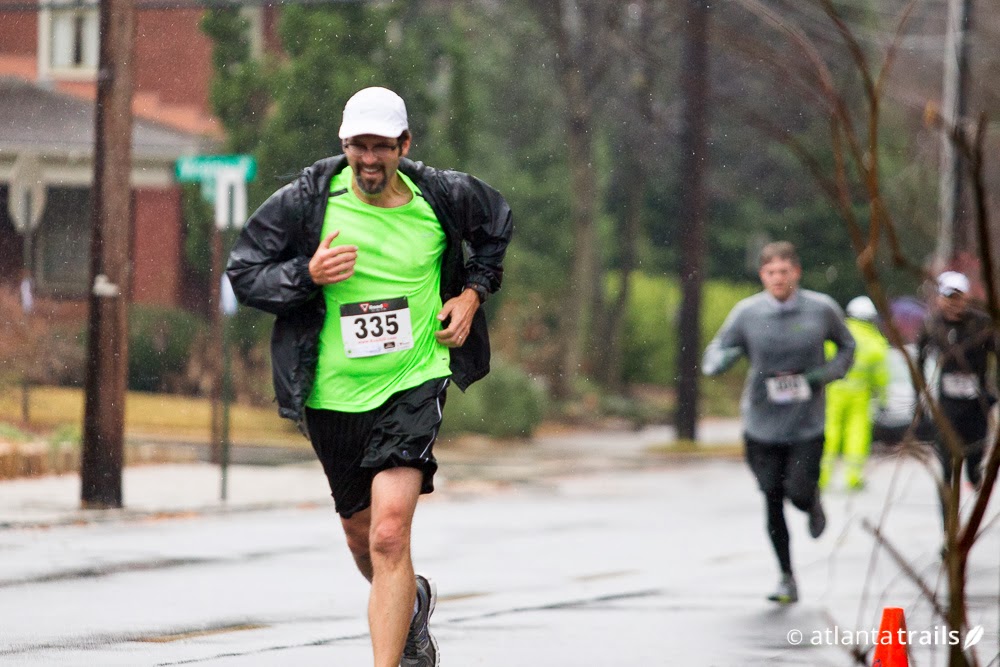 My whole family did great – everyone finished, and my kids were particularly proud of their accomplishment. I got to watch everyone else cross the finish line and cheer them on, which was a lot of fun.

Afterwards, we got warm in the gym, got a great t-shirt, water, bananas, energy bars, and hot chocolate. 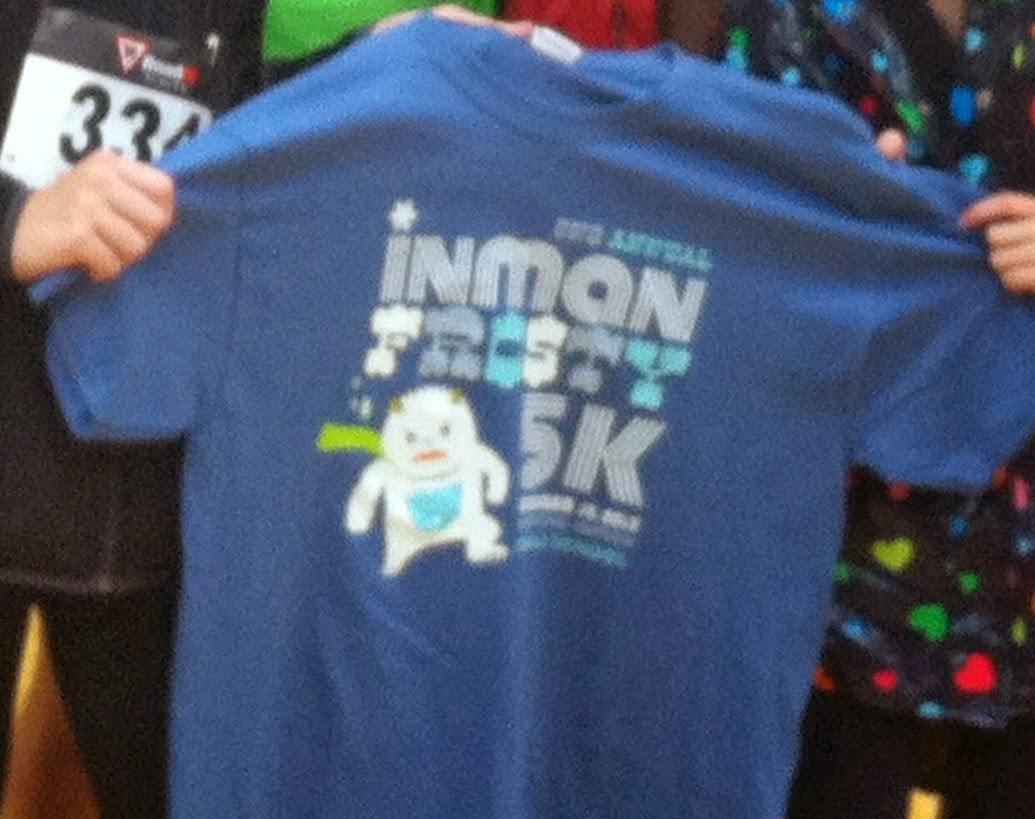 I was excited that I beat my time goal, and so happy to do it with my crew! The Inman Frosty 5K may become a family tradition – a great way to support the school and achieve something as a family. 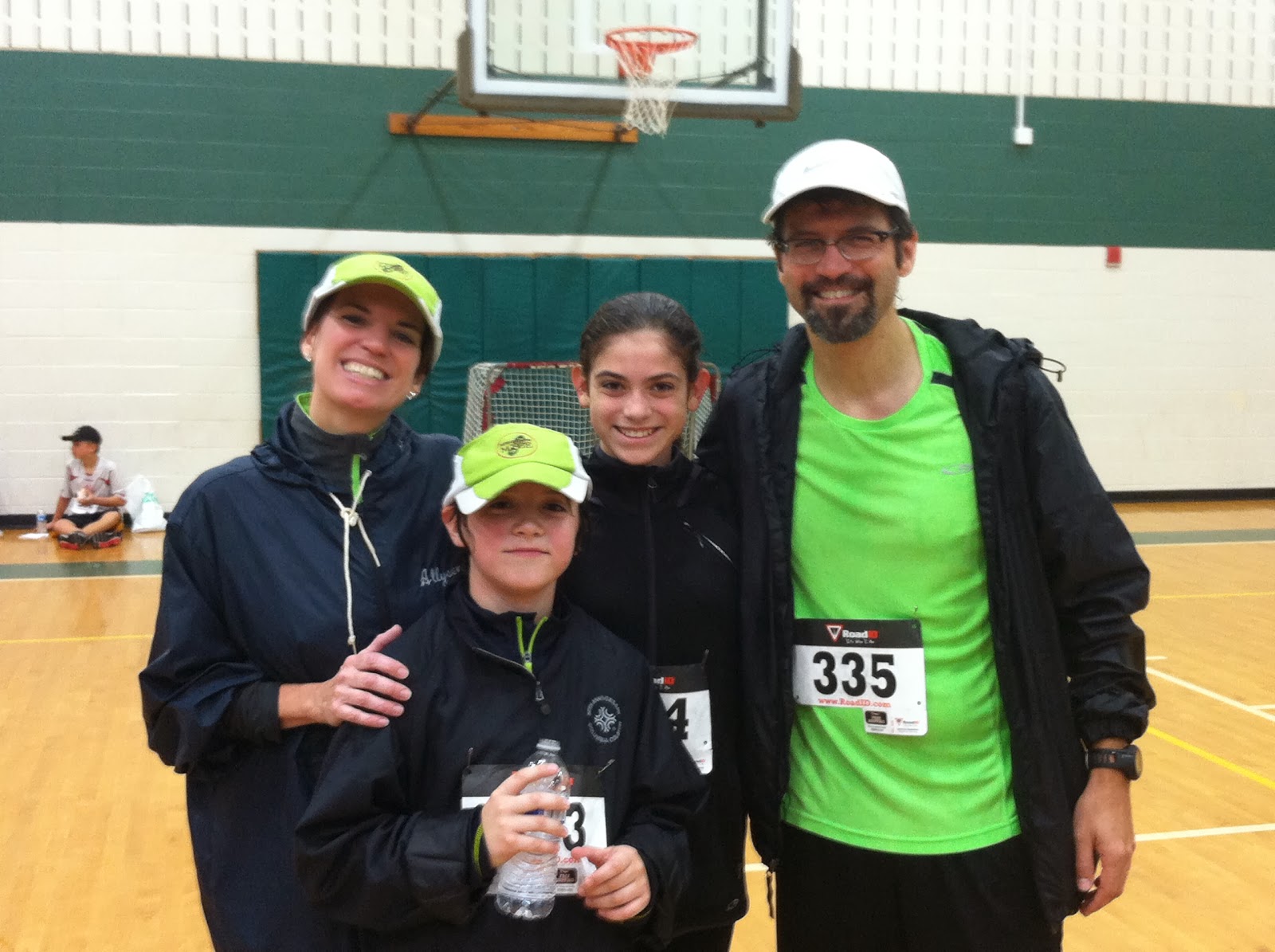 Do you have a race you run every year? Any ones you do as a family?