After running a half marathon and a full marathon in the previous year, I began to think about what my running goals would be for 2014. I decided I wanted to run one of each of the common long distance races, such as a 5k, 10k, etc., in addition to running another marathon. (I’m also thinking about running another half and a trail race, but we’ll see.) The first such race presented itself before the new year, where I ran the Inman 5k. The first race in the new year to fit the bill was the Hot Chocolate 15k.

The first thing I have to say is how great all the volunteers and people working this race were. Everyone was friendly and helpful and made the experience great. Packet pickup was terrific; anyone of the people behind the desk can help you, it’s managed electronically, and I believe they assign you a bib number on the spot. This is such an efficient way to do it. No lines, no waiting, well done! 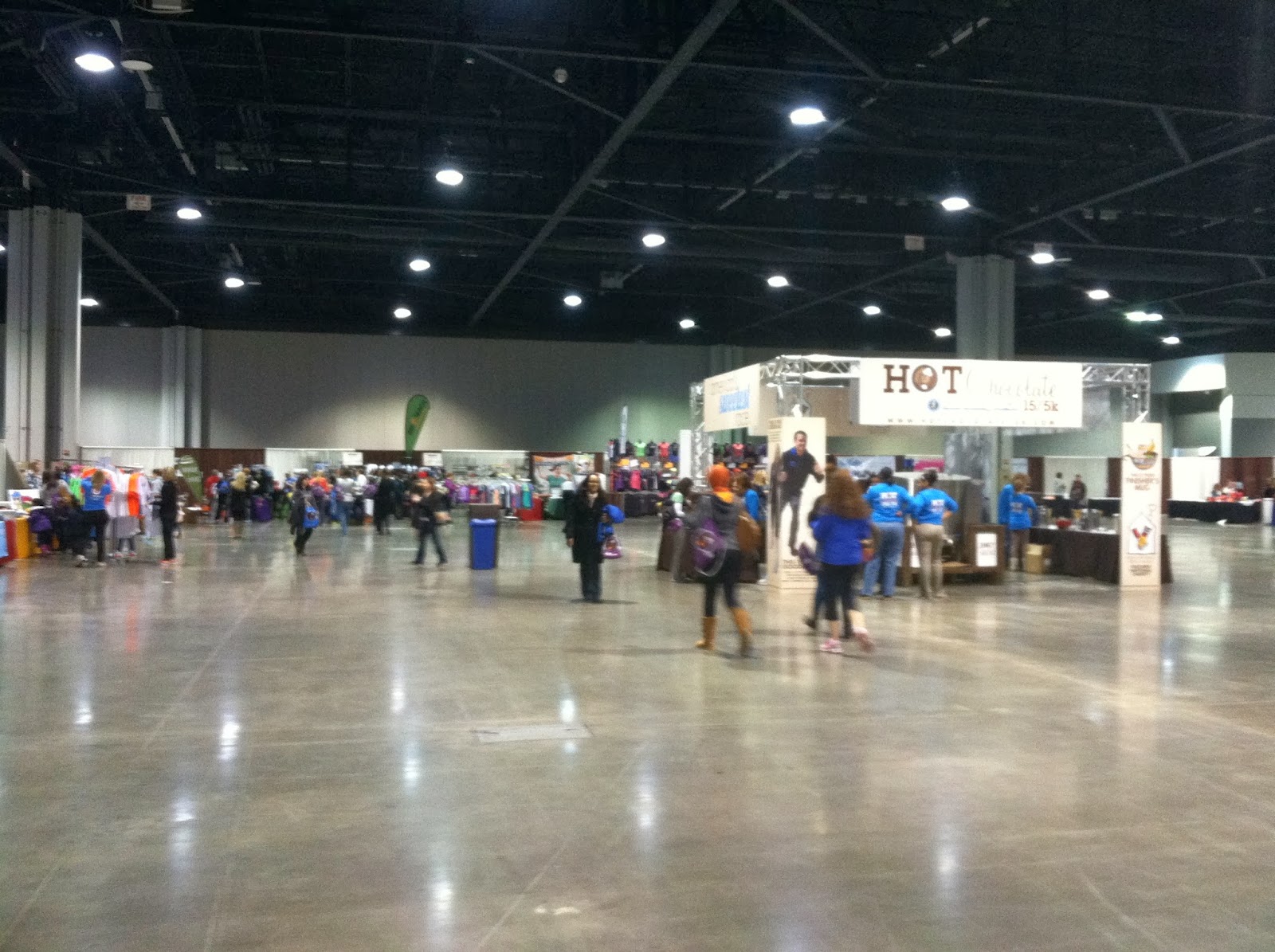 I did want to buy a few things at the expo, but while there were some great vendors there, the selection was somewhat limited. This may be because the stuff I was specifically looking for – a stick massager and cold weather running gear – were almost nowhere to be found. I thought surely a January “Hot Chocolate” race would offer a lot of cold weather stuff, but the only thing I did end up buying was a hat. That said, it was 50% off and a really good deal!

The fleece is really cool. I know a lot of people who really like this race specifically for the fleece, and I can see why. It’s sharp looking and very useful – it’s thin and warm. There’s no finisher’s medal, which is a tiny bit disappointing, but it’s really hard to argue with the fleece. 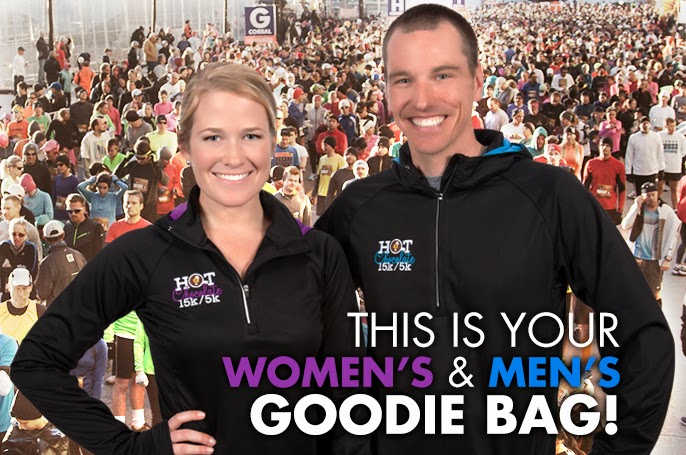 Finally on to the main attraction. There were about 11,600 5k runners, who went first, and 5,400 15k runners. For some strange reason, they put me in corral J, right up front for the start of the 15k. I have to admit that it was fun to be right at the starting line.

The course started at Turner Field and wound around Atlanta. As someone who trains in Atlanta, I found the rolling hills to be expected, but I did hear some people complain about them. (In full disclosure, as I reached the top of one hill and a volunteer waved us around the corner, I did ask if he could have that hill removed.) I basically followed my standard race practice of letting gravity help me speed up going downhill, and keep pushing at a steady but maintainable pace going uphill. The course was not particularly scenic, but it’s in my town, and I always find it fun to run on the streets where I normally drive. The 15k distance is also great. I think Goldilocks would have picked the 15k – not to short, not too long. 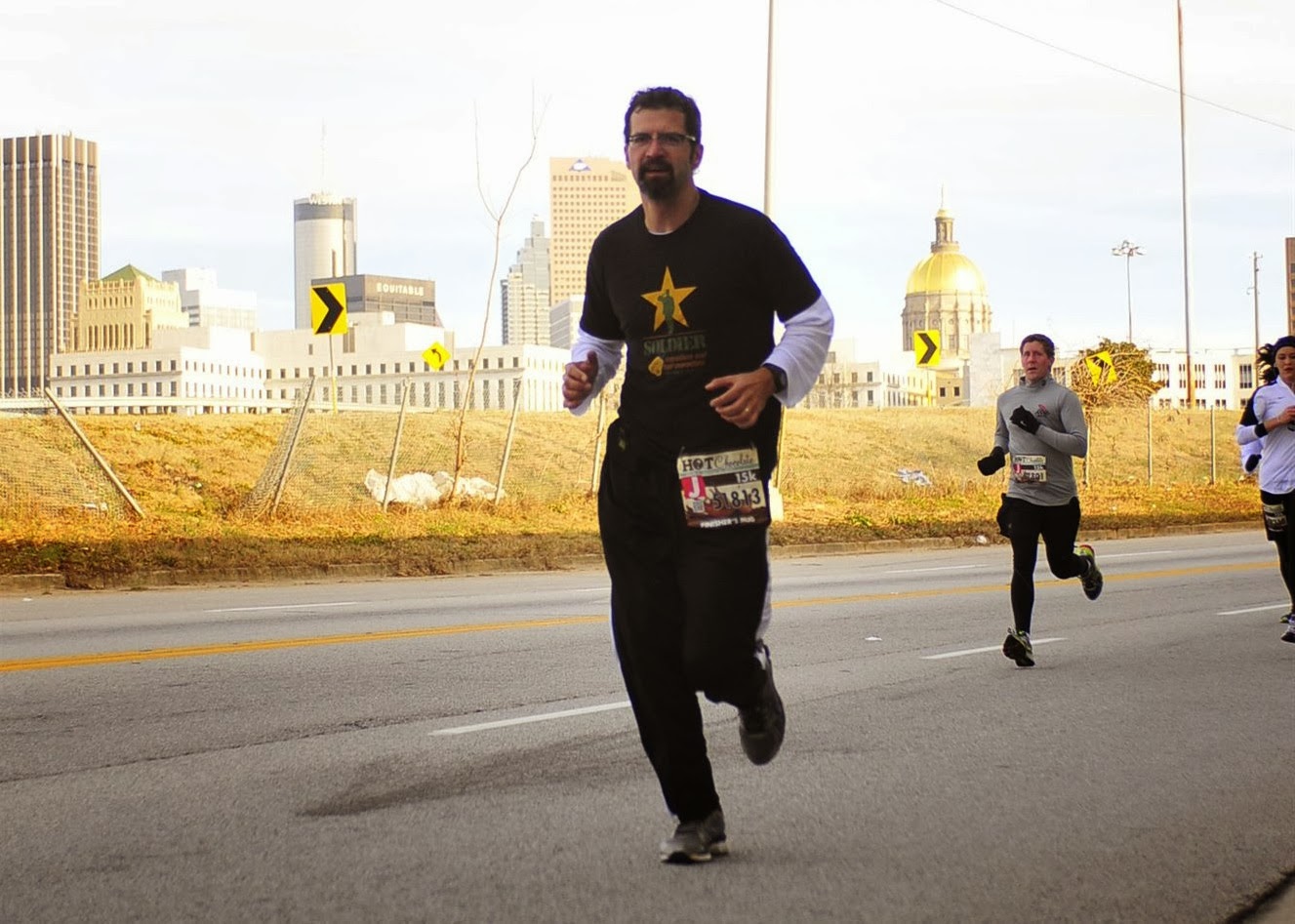 I always set at least 2 goals for myself for every race. One is normally just to finish and have a good time. The other one is a time goal, which for this race was 1:20, or about an 8:35 min/mile pace. I am happy to report that I beat my time goal by almost two minutes! 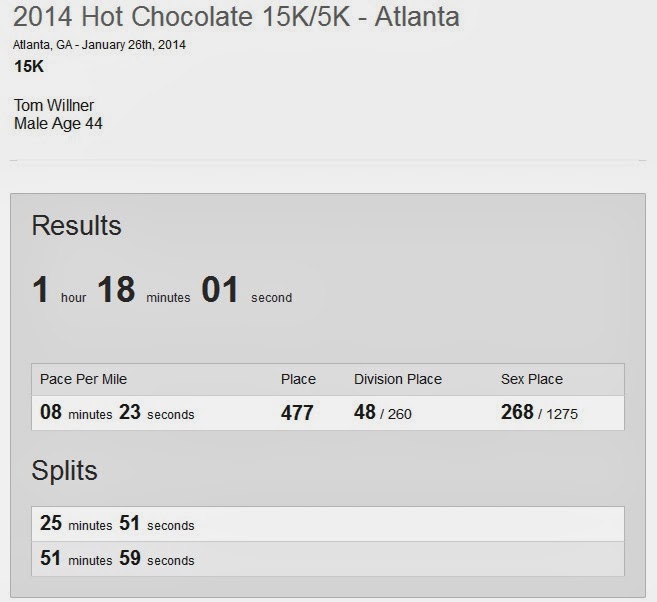 I enjoyed the Hot Chocolate 15k and may very well run it again next year.

Overall, I love having this distance race right smack in the middle of winter to give me incentive to keep training on those cold mornings!