I know it has been six months since my last update about my musical workshop that was successfully funded last summer through Kickstarter thanks to so many wonderful, generous people. Unfortunately, scheduling conflicts kept getting in the way of making the workshop a reality. So this year, I rebooted and started all over. 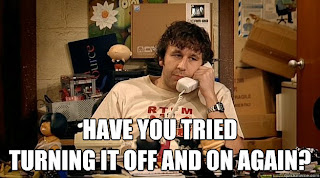 I didn’t want to report anything until I had things locked in, and I’m now happy to report that we are locked in! I have contracted with a two very talented people, Director Scott Warren and Music Director Michael Fauss, and we are scheduled to do the workshop from June 4th to June 10th. The showcase performance will be on Monday night, June 10th, at the Theatrical Outfit’s Balzer Theater in downtown Atlanta.

In addition to Artistic Directors and potential investors, several Kickstarter backers will have VIP seating at the showcase. However, I’d like to announce that it will be open to the public, at no cost, on a first-come first-serve basis. I would love to see you there and would welcome your feedback on the show.

I am busy taking the first pass at scoring all the music, discussing and tweaking the script, and we’re working on getting actors and musicians. I’m very excited, and want to thank all of the people who have supported this project. I hope to make the show the best it can be!

Scott Warren has kept himself busy onstage throughout the Atlanta area for 13 years. He has performed with Theatrical Outfit (Confederacy of Dunces, To Kill a Mockingbird, Keeping Watch, The Foreigner), Theatre in the Square (The 39 Steps, Sherlock Holmes the Final Adventure), Georgia Ensemble (Season’s Greetings, The Foreigner), Actor’s Express (Beautiful Thing), Aurora Theatre Company (Bob, Dr. Jekyll and Mr. Hyde, Gray Area, Bob), Georgia Shakespeare (The Tempest, Antony and Cleopatra, Noises Off!) and the Alliance Theatre Company (Class of 3000, Aladdin, Stinky Cheese Man and Other Fairly Stupid Tales) among others.

In addition to performance, Scott has directed 12 new works at Dad’s Garage Theatre Company, including Drove (2007) which made Creative Loafing’s Top 50 of the Decade. He recently directed the world premiere of Two Drink Minimum at Theatrical Outfit, and will soon be directing the Southeastern Premiere of All Childish Things at the Aurora Theatre.

Scott served as the Interim Artistic Director twice for Dad’s Garage Theatre Company, where he was also an ensemble improviser and writer. He is currently writing the Grimm Lives of Tweenagers for the Alliance Theatre Company.

Michael Fauss has enjoyed a long career as a musical director, pianist, conductor, arranger, orchestrator and composer. Based in Atlanta for many years, he has been able to work for theaters in other states and countries as well as most theaters here at home. His Broadway credits include “Quilters,” “Peter Pan” and “Heartstrings.” He has a Masters Degree in Composition and has composed music for stage, chamber ensemble and solo voice. For his work as a musical director he has received an Independent Reviewers of New England award in Massachusetts and a Suzi Bass Award here in Atlanta. Since 2006 he has been fortunate enough to work in Key West every winter and has just returned from a wildly successful run of “The Drowsy Chaperone” there at the Waterfront Playhouse.

Alliance Theatre: Jacques Brel (Suzi Bass award for best musical direction 2008), A Christmas Carol, Tick, Tick . . . Boom!, Pacific Overtures, Leap, Chess, The Grapes of Wrath, Little Me, The Robber Bridegroom, Oliver, Music Man, Guys and Dolls, The King and I, Brigadoon, Cotton Patch Gospel, Falsettos, A Little Night Music, Candide, Peter Pan, Annie Get Your Gun, Forever Plaid, Once On This Island, Woodie Guthrie: An American Song, The Boys From Syracuse, Hot Mikado, Up on the Roof, Carnival, A Funny Thing Happened on the Way to the Forum, Cabaret, A History of the American Film, I Do! I Do!, She Loves Me, Three Penny Opera